The House of Dancing Water

Performing in the tailor made 2,000-seat Dancing Water Theater, by a cast of nearly 100 international artists, The House of Dancing Water is a spectacular love story that transcends time and space.

The show is set in an extraordinary magical kingdom that takes audiences on an awe-inspiring and emotional journey.

The show incorporates mesmerizing special effects, dazzling costumes and visual treats with the most breathtaking acrobatics, artistic and aerial performances. The House of Dancing Water has received rave reviews by audiences and critics alike and has been hailed as one of the most imaginative theatrical extravaganzas ever produced 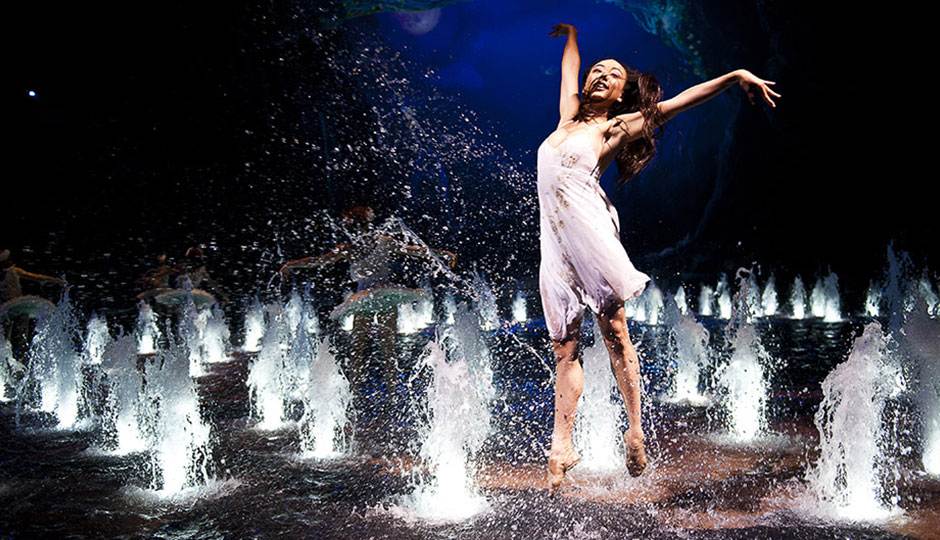 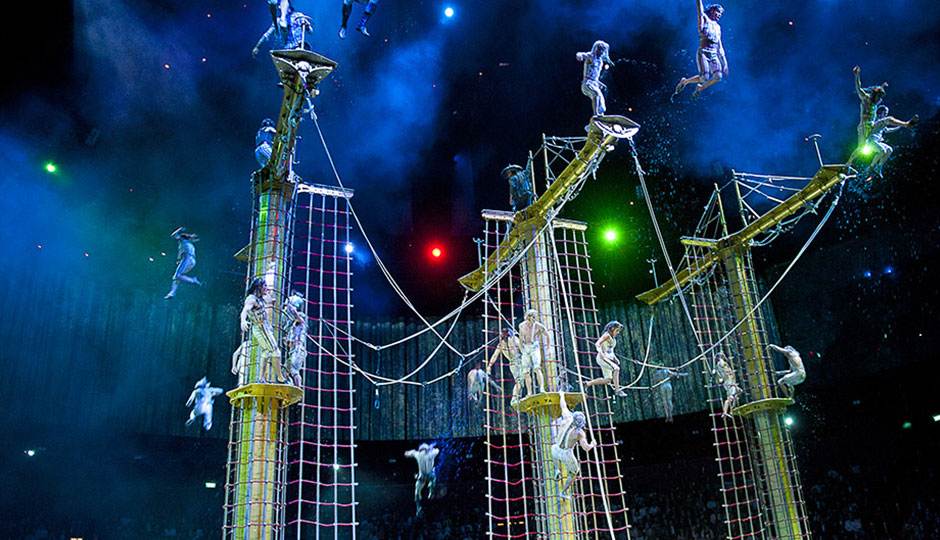 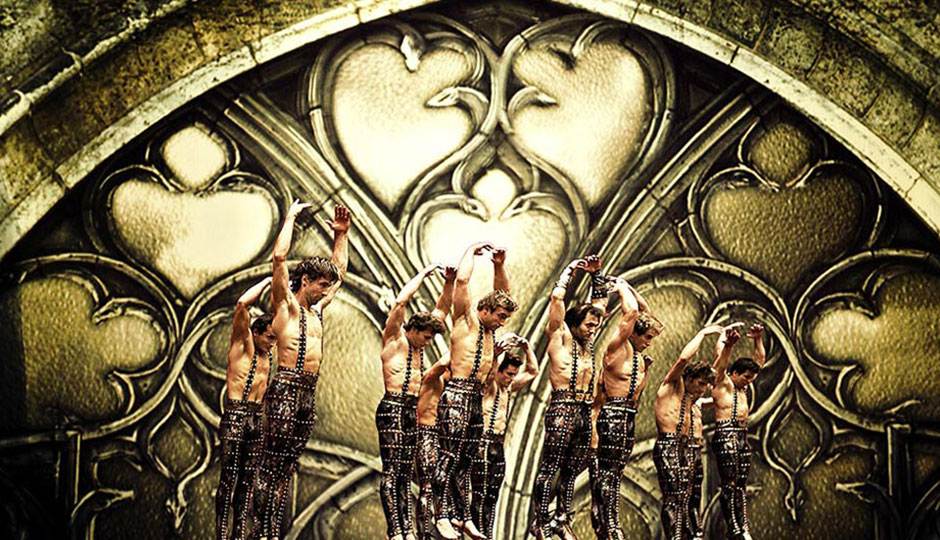 Because this brave fisherman saved its life, a Cormorant promised a peaceful life for him and his family. Thus he lives, humble and serene, fishing off the bay of Macao. Does he ever doubt that he will be lost in time and, more importantly, thrown into an extraordinary destiny?

Centuries ago, in Europe, The Stranger secretly boarded a galleon that had set sail for China. Hidden in his sea chest, he would become the sole survivor of the sunken ship; there the stowaway will discover love and risk his life to save the Princess.

The beloved daughter of the sea, she is the only one to possess the power to make the water dance. She embodies joy and harmony. But the Dark Queen, jealous of her grace and power, imprisons the Princess and subjects her to the vilest of torments…

Supple like the wind, Wabo the Sage is a confidant of the forest, the sun and the moon, the animals and the greenery. Natural ally of the princess, he is the guardian of the sacred sword, a symbol of royalty and justice. the sword that the Dark Queen lusts after, the one without which her power cannot be complete, the weapon that will be the instrument of her defeat…

He is a cowardice incarnate. He will do anything to survive. Anything that is, except to risk his own skin. Loyal only unto himself, he will serve The Dark Queen as long as she reigns…

Jealous, wrathful, and greedy, The Dark Queen will do anything to seize the throne, at the expense of the Princess, and to rule the Kingdom, ready to destroy all its beauty. No one is graceful to her eyes, except for her own reflection…

A technical and architectural prowess​

Created by the Pei architectural firm of New York (which has in particular the Louvre Pyramid in Paris to its name) and by designers of the show, this theatre is more than just a theatre:​

It is a real showcase through which to discover the gems emanating from the imagination and the creativity of the Dragone team.​

Divers working in the pool during each show

Some of them wear a full-face mask that allows them to speak directly with the other divers in the pool !

Is the diameter of the pool for a depth of 9.4 meters

Ways to make a performer fly inside the theater

All the technical moves are handled by 5 automation consoles.

In Kilograms, it’s the weight of each main video projector

And there are 4 of them.

Smoke machines and 254 fountains and geysers

They are on and around the stage. Some of them are hidden behind the audience.

in kilograms, it’s the total weight of all flying objects in one show

It takes 265 daily inspections to make sure that everything is safe.

The House of Dancing Water took 4 years to bring to life. Costumes, video projections, special effects, acrobatics – no details were spared by Dragone’s team when crafting the spectacle that now appears on stage nightly. Our dialogue with water started with a handful of talented, creative designers.